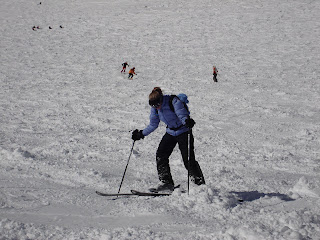 Every so often (ok…about 2-3x/week) I check in on the weather in Manitou Springs, CO. Today happens to be the Pikes Peak Ascent…which starts in Manitou Springs at about 7,000 ft and climbs to the top of Pikes Peak at 14,-something. When I noticed a friend had posted a blog about ‘Eric is warming up after cheering on runners’ I figured ‘what is Eric warming up from…?’ Knowing they are probably being blessed with COLD. So I checked out Colorado Springs’ forecast for today:

Just for shits and giggles lets look at AUSTIN!

You are all intelligent people and can deduce that the highs in Colorado are LOWER THAN the lows in Austin. While this is what we have been dealing with since about May, it gets old! And Derick and I miss the mountains more than you could imagine however, I have to say while that sounds incredibly nice (a 46-52-degree evening), seeing that I rode my bike for 2.5 hours today and will be able to do this up until the week I leave for Clearwater in November,…at this point in my life, I am glad were are in Austin. I tell myself this often. To live and play, I want to be nowhere more than a Colorado-like environment. However for now, with a lot more to accomplish in this crazy world of triathlon, Austin is an incredible town and as much as it sucks to be soaking wet after any bike ride or run (at any time of day)…I would not change this position for anything! (note: We already booked our honeymoon in Januray, when Derick is off school, to BOISE Idaho! Yes you can say we are crazy but it will be an alpine skiing, XC-skiing and cabin-ing haven and I cannot wait!)

That is it for today. Side note, my friend Mel and I were riding and we saw a few cyclists out towards Manor where we rode. I noticed a guy who motioned something to us coming the opposite direction…I said to her, “Dog?” (thinking it was something alarming)…Mel kind of laughed and said, “No, he said ‘hill’.” It was pretty cute…very nice of him to ‘warn’ us of the upcoming hill but it really was not much of a hill, more of a decline in the road. But, hey, it puts things into perspective! It can force me to step back and realize that ‘just a 2.5 hr ride’ for today IS enough, despite it feeling pretty light.

Happy Weekend. Tomorrow is Derick’s birthday. While I wanted to make him a nice dinner, he wants Fried Chicken. I told him, “I will make you anything you want but I will not fry you chicken.” I am not opposed to it but why would I try to make some ‘really good fried chicken’? I guess we’ll hit up some chicken joint in town. Though, he mentioned a burger may be better…I’ll push for option B. Thanks for reading my ramblings!