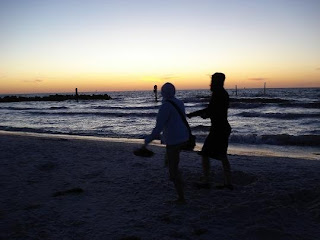 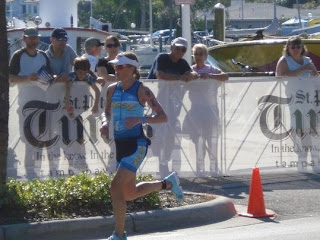 Well the 2008 Season has officially come and gone! Technically, it was ‘shorter’ than previous years, not kicking it off until June. However, having trained for the Austin Marathon in February, I guess that my ‘racing season’ has technically spanned about 10 months. Thus would explain my excitement at the prospect of sleeping in, unstructured activity and a good solid break lying ahead…

Clearwater was a solid day. I felt that I had to ‘tweak’ my expectations a bit, having had a bizarre and sudden sore throat the week prior. However, absolutely no excuses…I feel that the added rest was good for me, as I ran on Thursday after arriving to Florida for 30 minutes and it was quite nice to feel springy and ‘fresh’ legs! I then rode Friday AM for about 30 minutes, and again, felt very strong and wanted to ride longer. I felt as ready as I could be for Saturdays race, and I was excited that my parents were both there to support (as they have been in both ’06 and ’07).

The morning was beautiful, a bit cool but very comfortable. As usual the transition area buzzed with activity, though I cannot say I got very ‘amped up’; I rather try to simply keep myself calm on race morning. The nerves start to crop up, and I just do my best to keep it all together until the gun goes off.
We lined up on the beach, and I made a stupid mistake before we even started. I had loaded body glide on my neck to prevent chafing, and for some odd reason, then touched my goggles. I looked through them with a few minutes to go and yikes; it was very blurry! I had to run around asking person upon person to use their shirt to wipe them off. Luckily I found a nice woman with a furry-lined sweatshirt that worked perfectly.

Right at about 6:47 as planned, we were off to the sound of the horn. Beach start and we all ran into the Gulf. I felt I found a decent position, as I could see the quickest few women bolting out in front of me, with some clear water between us. Suddenly I began to have a mild panic attack. Having not worn my Zoot long-sleeved wetsuit much this summer (only in Racine), I think that I felt a bit of ‘suffocation’. I really had talk myself out of it, which I did, but only after a quick 2-second ‘treading water’ stint and a LOT of strict self-talk. I honestly debated stopping and taking it off. It is very scary when this happens…yes, it happens to even strong swimmers…and you really have to be focused and ‘realistic’ in talking yourself out of it (‘I am fine, I can breathe, Just relax, Stop being ridiculous, You are not dying’, etc).

I felt even better once we turned back to the beach, and picked up a bit more speed, putting a small gap on a few women I had been swimming with. I exited in 24+ minutes, not stellar, and about a minute behind the lead pack. ,
On to the bike, which simply just FELT HARD today. There was no fixing it; my legs felt quite flat. I acknowledged this early on, and I knew I was in a bit of trouble when standing to change position seemed to induce even more fatigue in my legs (I typically love to climb). But hey, what choice did I have but to just keep on pushing. I exited in a split of about 2:29, unfortunately 3 minutes slower than last years split, but all I could do at this point was to run my ass off and hope to make up a few places.

I grabbed my 4 gels and was off. The sun was heating up a bit but conditions still pleasant, by no means ‘hot’ and definitely not ‘Texas hot’. Since last year I ‘cracked’ on this course around mile 9, my goal this year was ‘control’ the whole time until mile 9 or 10 then try to lay out all I had left. I followed my plan well, and was able to finish in a 1:26 run split, again a solid time but interestingly enough, the same time I ran on the Longhorn course which was significantly tougher than Clearwater! 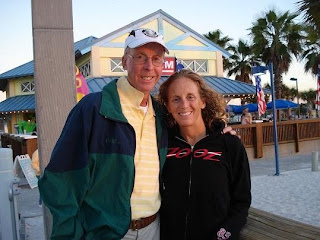 I was a lucky soul who crossed as the 14th pro woman (5th American, doesn’t that have a better ring?) and then got yanked for drug testing. Seriously, why do they put us through it if we are (well) out of the money?! But in the bigger picture, I am glad they do it and of course I obliged, which did not get my parents and I out of there for about another 2 hours. We hit up Subway, ate some lunch, and I toted my tired, beat up body back to our hotel where I proceeded to go lay by the swimming pool in the late afternoon Florida sun.

I have been doing these crazy endurance feats all of my life; and I mean ALL my life. I was racing summer swim meets at age 5, competing with the boys in soccer at age 6. I used to beat myself up at age 13 for a bad swimming race, cried after numerous Junior National sub-par performances in my teenage years…in college I grew up a bit (maybe the alcohol mellowed me out), but I am willing to bet that my college coaches will say I worked my ass off and often still beat myself up after races. I guess that is just part of who I am.

But I feel that today, and even this entire season, I have taken a step ‘forward’ and I can approach each race as a challenge and an experience. This weekend, it was a challenge against the ‘best in the world’ (or at least the best who were here!) and an experience of yet again testing my limits, but also spending a few quality days with my parents, who never cease to amaze me in their unconditional support. We enjoyed the trip immensely, despite a performance that was not what I had hoped. I have learned not to let a bad race ruin a quality trip. 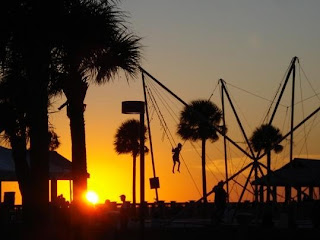 I hope that ya’ll had the season you had hoped for. And if you did not, by chance, I hope that you grew a bit through the ups and downs, and that you are walking away from it with a new perspective and a light heart. We are likely all pretty hard on ourselves, as conscientious, hard-working individuals. Sometimes you just have to take a deep breath and know you left it all out there, and there are many more important things in life…and none of us are ever as good as we are on our best day, nor as bad as we are on our worst…and that it all just contributes to who we become, but it does not define it.

You are so awesome! Way to end a great year 🙂