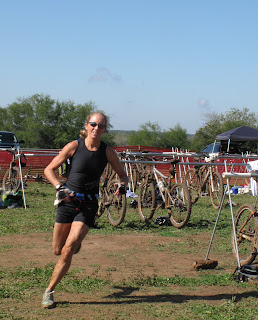 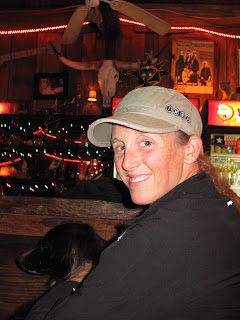 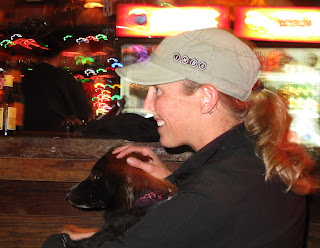 It is good to sometimes do things that scare us.
We all know this to be true, but it is easier said than done.

This past weekend, I decided very last minute and very decisively that I would do the Dirty Du here in Austin, put on by Jack and Adams. It was out in Smithville, which is about 45 minutes east of Austin. It had been raining most of Friday and Saturday, but Derick and I decided to head out to camp and race on Sunday despite the (high) possibility of substantial mud. We arrived at about 6:00, with some Little Ceasers pizzas for all (supporting good friend Pat Evoe a bit) and just in time for the bike toss contest. Yes, a bike toss. Everyone takes turns throwing a mountain bike as far as they can. Jack Murray has always been the champ of this, but I believe he may have gotten shown up on Saturday night…yes, by Chris Vasiottis, with a throw of 29 feet 12 inches. A heavy mountain bike! Imagine. I however was saving my energy for the 5k run, 12 mile mountain bike and 5k run on Sunday. And, I was enjoying drinking Dales Pale Ale and watching the festivities.

We hit up the little local bar at the campsite (see pictures above, I made a little friend there!) and were off to bed at about 10:30, in my opinion, pretty darn early for camping but that is comparing camping to what we did in Colorado with our wild and crazy friends where most nights of camping ended with a bottle of whiskey being passed around. I slept great and was up at at’em by 7:30 am for coffee, oatmeal, and some mountain bike shifting practice as I had not been on it since about February.

To make a long story short and to put it mildly, I don’t know WHAT I was thinking by jumping into this race! The mud was unreal, and it ended up taking me (brace yourself) 2.5 HOURS to mountain bike (or rather, hop on/hop off) 12 miles. It was mostly single track and there were many water (stream) crossings, but 12 miles?! In 2.5 hours? It was probably the longest I had ever been on (or off) a mountain bike, but it sure did feel good to run the 5k on either end. The 5k run was on a different course, which had it’s own fair share of steep, muddy hills as well. There were at least a few times I found myself pushing my bike up a very steep muddy slope, while battling sliding back down a few times. I did not cry; I whimpered a few times, and twice (to be exact) I almost cried. But, I didn’t. The pedals whacked my right leg quite a few times as well, as evidenced by the scratches and bruises on my leg, and the tendon behind my right knee is not only bruised but sore to the touch (imagine throwing one leg over and back off of your bike probably every 5 minutes for 2.5 hours!). But, I am alive, I am in one piece and well, I have to think that my mountain bike skills got at least a smidge better after Sunday!

Point being… it was fun, despite the fear, despite the getting passed by most people out there. I was able to get extremely muddy, which is very fun, and I learned it is easier to pedal through large bodies of water and piles of mud than to get off and run the bike. The nerves were similar to when I did a rope swing with Derick back in September. We climbed up the rock, and I realized that once up there, the only way down was grab the rope and hang on (and let go) for dear life. (I did ok, minus a slight bit of whiplash). I committed to the Dirty Du and I was going to complete it, even if I did suck! Once I fully get over the soreness then I think I’ll realize truly how much I loved it. I think. And that it will be a long time until I do another mountain bike event. At least, until I can ride it a few times.

Someone once said “Do something every day that scares you.” We may not be able to do this EVERY day, but it is wise advice to adhere to, every so often. Out of the fear comes growth and this can only make us stronger. And who doesn’t like to feel strong?