Everyone wants to be successful at something, be it a career, an athletic endeavor or simply being a good husband, wife, parent or friend. And rightfully so; aiming for something in our lives gives us a sense of purpose and drive; a reason to get up each morning, and hopefully a sense of fulfillment. But I think that it is important for us to not ‘expect’ immediate success. I do not claim to be an expert on this topic, but I simply wanted to voice some thoughts from experience in of course the realm of sport. 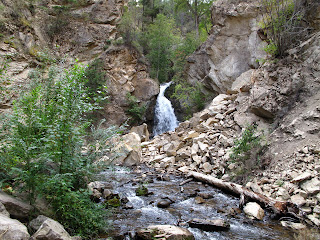 They way I see it, sport is a journey, and hopefully a lifestyle for many of us. You may be working towards your first 5K, or perhaps you are doing your first triathlon this summer. Maybe you are going to start yoga classes soon, which you have never formally done before. It is completely different for each one of us; but ultimately we all (likely) want to ‘become better than we currently are’. I am often asked by various people getting into the sport of triathlon about my background; and most are shocked when they hear that I am currently training for my first Ironman. My journey with this sport started back in 2000, when I began racing local event back in Champaign, Illinois. Those first two seasons were so much FUN! My motto was “this is not going to be serious” (so much for that one). But in all reality, it was not serious. It was truly fun; I met a new group of friends; we rode together, I learned of this strange ‘town sign sprint’ thing on the bike… I crashed, many times…I got injured…and I realized that I liked this ‘lifestyle’. The next step was that I realized I had some ‘talent’ at triathlon and headed to Colorado Springs to step it up a notch… honestly, it was a double whammy that I got to go to the Olympic Training Center; all I really wanted to do was move the hell out of the midwest. What a great excuse!

2002 through 2005: I raced ITU events internationally, I had some big success’ and some big injuries, I met my now husband (thank buddha for stress fractures, or I would have been off at some race instead of at the Mt. Evans hill climb where I met him!). I realized I did not like this ‘draft legal’ stuff so much, so I started doing half ironmans. I royally SUCKED on the bike, but everyone told me ‘time in the saddle will fix that!’ so I optimistically believed them.

2006: We moved to Austin, Texas for Derick to go to grad school; I was still racing and of course working to pay the bills as well (since racing was not accomplishing this goal). I continued to creep up in my results. Slowly, my running got stronger and my cycling got less-weak. Fast forward to current day, 2010, where after 10 YEARS of this stuff I have finally seen some consistent, solid results. I guess they all were right… time in the saddles DOES work, but noone told me that it would take 10 years of it?! 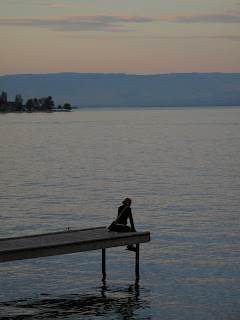 Point being…slow and steady is the way to go, people. You know the turtle and the hare story? In sum…

The story concerns a hare who ridicules a slow-moving tortoise.
In response, the tortoise challenges his swift mocker to a race. The hare soon leaves the tortoise far behind and, confident of winning, he decides to take a nap midway through the course.
When he awakes, however, he finds that his competitor, crawling slowly but steadily,
has already won the race.
Don’t be anxious to be successful. This is not to say that if you experience quick success, you will then come crashing down. I am not saying that; I am simply saying to be patient, and if you enjoy the path that you are on, good things will come. In the world of sport, there are no quick recipes for success. And if you think you have found one, I hate to tell you but it will probably come back to bite you in the ass at some point. There will be ups and there will be downs; such is life. Often times, the biggest ‘downs’ have turned out to be the biggest ‘ups’ in my journey because it forced me to step back and realize that there is more to life than triathlon. They forced me to enhance other parts of my life, because when you are pushed out of the race scene by no choice of your own for 2 or unexpectedly 10 months, what other choice do you have? It then becomes about perspective and how you choose to REACT to the cards you are dealt.

I could go on and on, but the simple message here is to be patient. Put in hard work. Be smart, listen to your body. Allow yourself good days and bad days. Savor the success’ and roll with the punches when the results are not what you had hoped for. But most of all, be sure to always be able to step outside of yourself every so often and be sure that the path you are on is fulfilling to YOU. Everyone has a lot to deal with in their own lives; if you worry about what others think if they see a lackluster result, get over it…as my swim coach in college told me when I whined about a bad swim, “Kelly, there are thousands of people over in China right now who don’t give a damn about swimming.” He also told me when nerves got the best of me, “Bug, (my nickname; I looked like a bug when I swam), you are going to go and race, and no matter what, we are going to put you back on that bus and take you back to Champaign.” So there you have it. Do your best, be honest with yourself, enjoy the journey and most of all, don’t ever take yourself too seriously. There’s always tomorrow. 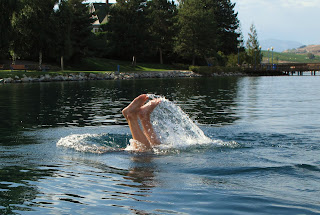 8 replies on “Don’t Be Anxious for Success”

I love this post! You always have such wonderful insights and I love reading them as reminders for my own life. I got to watch you race at Knoxville (well, the swim start & some of the bike, possibly on the run when you guys were ending but I was probably getting off the bike at that point so I'm not sure who I saw on my way back into transition).
Great post- loved reading it, & all so very true. 🙂

Thanks Bre! I love to write; I usually think of things when out running or riding. And it's nice to write stuff that, well, people like to read. 🙂 Will you be in Quassy? If so lets meet! Take care.

Good one. Nice write up 🙂

(i do like that your blogger profile pic is you grabbing BC turns in the pow… CO is calling!!!)

I always think too (at least swim/run- not so much on the bike yet- if I let my mind wander I might end up wandering into a ditch! haha).
I'm racing the Oly @ Quassy (Sat), but my friend is racing the half, so I'm there all weekend.
And I'm glad you get a chance to write for all of us to read! I certainly enjoy it! 🙂

James and i were just talking about this subject. We immediately thought of you and how far you've come! So glad all your hard work is paying off!

I needed this. Thank you. 🙂

wow. I'm so glad you wrote that post, thank you! I needed that 🙂 after finally coming close to my goals and having an amazing race weekend in may, I'm ridiculously injured and facing dropping out of IMWI…. so thank you for the reminder on perspective!!!

very nice post,i will remind myself all the time with what u have talked about,love it so much;-)and all the best for your races!